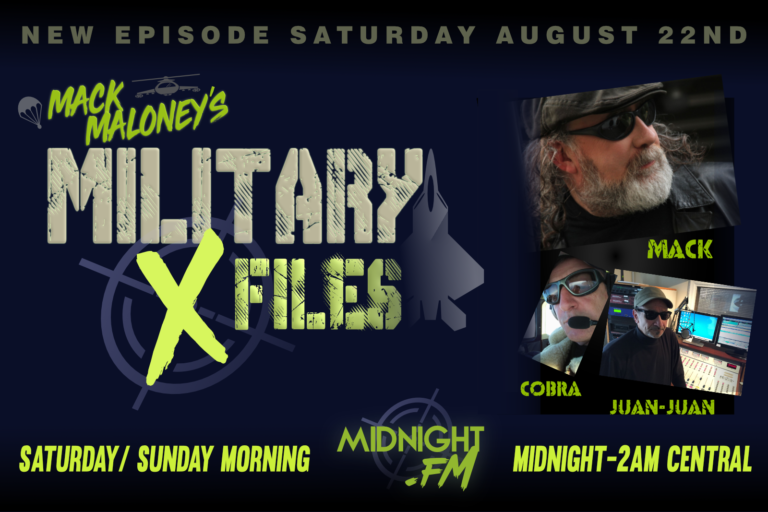 “Static Man vs the Donuts from Outer Space” – Mack, Juan-Juan, Cobra & Switch talk with X-Men producer Eric Lewald about how not to kill off a super hero.

Switch meets the mystery guest of his dreams, but she doesn’t recognize him.

Plus, the best UFO humanoid reports from the 1950s and the bizarre story of how Mack & Coco became friends during the first Gulf War.