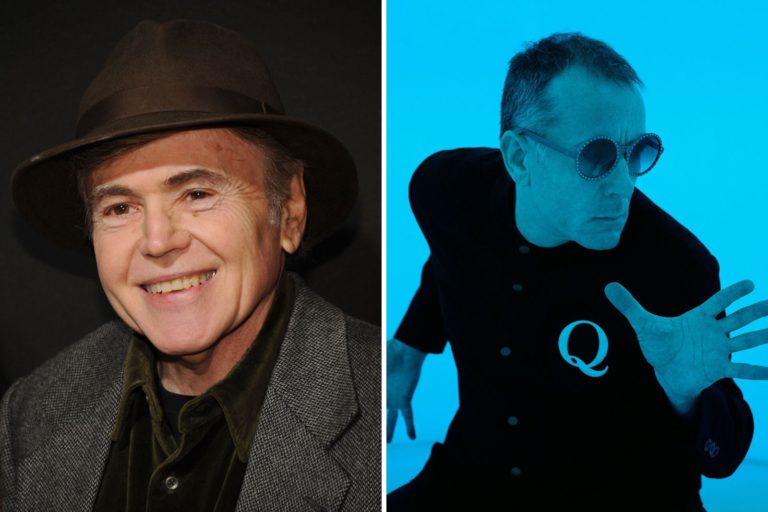 Walter Koenig – Life Before and Beyond Star Trek; Matt Sharp – Rock and Roll and the Paranormal

In Hour 1, we’ll be joined by Star Trek legend Walter Koenig to talk about life before and after Trek. Then in Hours 2-3, we’ll be joined by Matt Sharp, founding member and lead singer of the band The Rentals (and formerly of Weezer). He will be talking with us about The Rentals’ new outer space-themed double album Q36 and the new single “Conspiracy,” inspired by and sung from the perspective of the late, great Art Bell, as well as all the other tracks on the album.

Walter Koenig is an actor, director, screenwriter, novelist, acting professor, and comic book creator. He played Ensign Pavel Chekov in the original Star Trek beginning with Season 2. Recently, he was nominated for Best Actor for the short film Who Is Martin Danzig?

Beaming Up and Getting Off: Life Before and Beyond Star Trek

Warped Factors: A Neurotic’s Guide to the Universe

Then in Hours 2 and 3, we’re joined by Matt Sharp of The Rentals (and formerly of Weezer) to discuss the influence of Art Bell and the paranormal on The Rentals’ new album Q36.

Singer/songwriter/producer Matt Sharp is The Rentals. Originally formed during a hiatus for his day-job, the power-pop group Weezer, Sharp assembled Weezer drummer Pat Wilson, that dog violinist Petra Haden, vocalist/keyboardist Cherielynn Westrich, and guitarist Rod Cerveza, to record the 1995 debut record Return of the Rentals. The album spawned the hit single “Friends of P” and led to tours around the world supporting Blur, No Doubt, and Red Hot Chili Peppers. Sharp returned to Weezer to record their follow-up Pinkerton, but separated from the group in 1998, heading to Europe to split time between the UK and Spain, slowly writing and recording the second Rentals LP Seven More Seconds with another cast of characters, including Blur’s Damon Albarn, Elastica’s Donna Matthews, Tim Wheeler of Ash, Miki Berenyi of Lush, actress/comedian Maya Rudolph with Petra Haden returning. Released in 1999, the album would be the last for The Rentals until 2014’s Lost In Alphaville, which featured vocals from Jess Wolfe and Holly Laessig of the group Lucuis, drums by Patrick Carney of The Black Keys, with the album mixed by David Sardy. Released by Polyvinyl, the album garnered critical acclaim.

For his latest edition of The Rentals, Sharp mined inspirations such as the Apollo 11 mission, late-night radio host Art Bell, Elon Musk and the Space Shuttle Challenger disaster, bringing together another incredible group of musicians in guitarist Nick Zinner (Yeah Yeah Yeahs), drummer Ronnie Vannucci (The Killers), with David Fridmann (Flaming Lips, Tame Impala) mixing what became Q36.  Forgoing a standard release plan, Sharp opted to release
the 16-song album with a new single arriving every two weeks up to its July 7 release on double-vinyl LP.